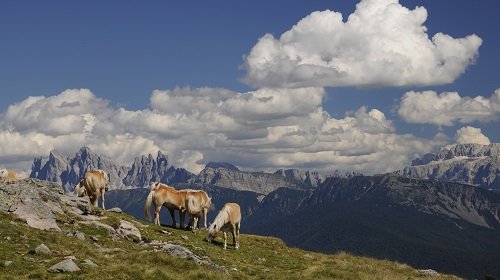 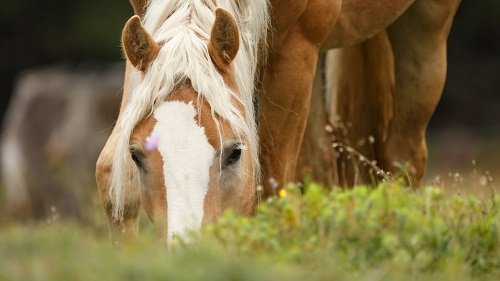 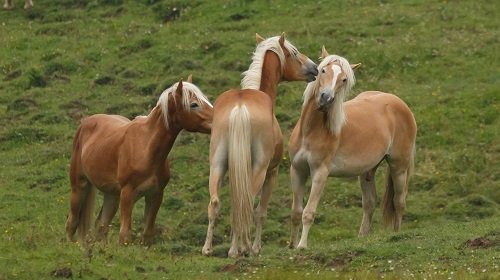 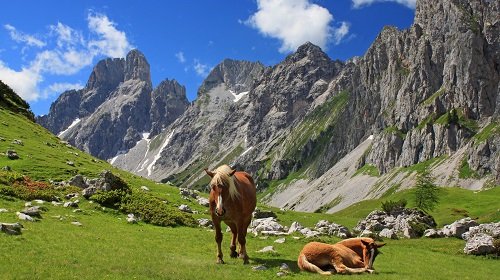 Thank you for returning your initial survey. Your responses confirmed that the current Austrian Adventure itinerary is on track and that visiting Haflinger farms, visiting museums/castles, riding horses, and enjoying some relaxation time are the group’s top choices (in that order).

Now, onto your next homework assignment! Please answer the questions below and complete the “Get To Know Me” form by April 10th for your chance to win one free admission to our first stop, the Schloss Ambras Castle! 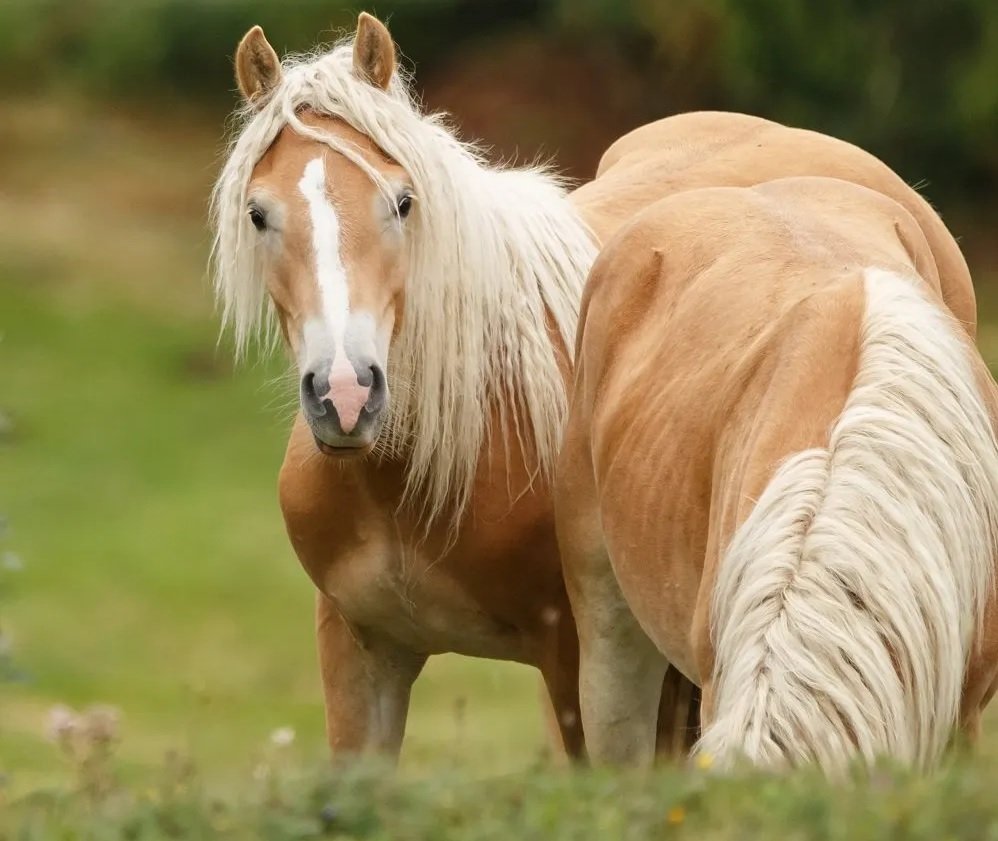 Austria Get to Know Me – The Results!

I will be traveling with my husband and my 14-year old daughter. We actually rescheduled a Disney cruise to Europe to go on this Austria trip. We will now take a Western Caribbean cruise in July instead. My older daughter, who is now 22, is the one that started the horse craze in our family, and the Haflinger craze as well. She was almost 13 when she got into horses. The stables that we are at have quite a few haflingers. She fell in love with them, leased one until he passed, and then we bought her Haflinger, Blaze. He was 3 1/2 years old and will turn 10 this week. He has quite the personality. He came to us as a driving horse. Ashton (daughter) doesn’t like driving, so my husband, Scott, drives him. Ashton’s favorite discipline with him is liberty. They always perform a Haflinger liberty act at the Rocky Mountain Horse Expo which just happened this year the last week of February to the theme of Cruella. You might be able to find it on line, along with other acts they have done in the past years. Blaze is the dalmation on the ground that goes crazy with the bone when “Bad to the Bone” comes on. Ashton has also ridden Blaze in drill and pleasure riding.

I am a lifelong horse lover, I got my first horse, an Appaloosa , when I was 12 yrs old and owned and lived her for 25 yrs. I work as a RVT (vet tech) in small animal medicine. After my old horse died I got busy with children and dogs and miniature horses! But I got a hankering to ride again and found a beautiful Haflinger that was trained to ride and drive, Ladybug AM. We trail ride the California foothills and a disabled driver friend showed her very successfully last year in CDE / HDT competitions. I’ve always wanted to go see the Lippizans in Austria since childhood. Marguerite Henry book fan!

After 25 year hiatus, got back into riding. Leased then bought an ex-vaulter warmblood. When he retired, found a haflinger and fell in love with the breed. Now I’ve got 2, cause apparently, you really can’t just have one.

My name is Donna Sicherman and my husband and I Iive on an acreage just outside of Calgary Alberta. I first got into Haflingers when I was looking to replace my 2 Welsh about 11 years ago. I purchased a pair from some folks I know in Arizona and had them shipped up to me. I drove them as a pair for a number of years. I competed with them through all the years up till Covid. Prior to Covid, Wheeler won the Triple Crown in California. We winter in Arizona and I transport my boys down in November and back home in May. I have worked with the same trainer for 10 years and hope to work with him for another 10. Currently in the market for another driving horse as I am retiring Ditto. The boys are named Wheeler and Ditto. Looking forward to the trip and sharing stories and experiences,

I’m one of the three co-creators of the American Haflinger Alliance, and here’s how it all started: https://www.chronofhorse.com/article/back-to-my-future-haflinger-adventure
A lot more happened after that first crazy trip with 6 women and a golden mare going from California to Kentucky for a horse show, but suffice it to say that my life has been immeasurable enhanced by the people and adventures I’ve discovered through Haflinger horses.
Really looking forward to this trip and meeting all my fellow horse adventurers!

I acquired my first haflinger over 27 years ago. After traveling over 100 miles to see her, I determined she, Amber, was in horrible shape and not what I was looking for. She lives knee deep in mud in a flood irrigated pasture and couldn’t walk at all. As I was driving away Amber let out the typical Haflinger scream. I turned around wrote the $1,509.00 check and she was mine. She has never been rideable and is now over 33 years old. I bred her and have her 16 year old daughter Nala. Nala is amazing! Not fancy, not registered but the one I trust and can take anywhere by myself in any conditions. Amber and Nala made it clear Haflingers were for me. I then decided I wanted one more. I researched and purchased my third Haflinger in utero from New Horizons Haflingers. That is how I got Maja. Maja will be 4 in May. She is something else! Big and full of personality. And now for my fourth Haflinger, Dugena. She was unplanned. I had just lost my Anglo Arab Wishes and was in her paddock mourning. Dugena kept calling me. Once again that Haflinger yell got me! I went over to get a hug from her. Dugena is a mare that was purchased 14 1/2 years ago from the filly sale in Austria. Dugena ended up in a really bad situation almost 2 years ago with someone who did not like her and who treated her poorly. Boom, that was it, I bought her February 1st this year. I call her Gena. She is changing daily and learning to trust. That’s it! And no I’m not bringing my checkbook to the filly sale! Most of the people in my life are due to horses and most are fellow haflinger owners. I can’t wait to meet you all.

My husband and I are almost retired veterinarians. We have been in business for 35 years. I used to work Percheron draft horse on our 88 acre farm, I downgraded to Haflingers for their versatility and good looks after the last Percheron left. We now have 4, 1 driving mare and 3 riding horses. In 2020, right before the pandemic hit, we visited the Czech Republic to look at a Haflinger for sale and subsequently bought him, but the pandemic hit and he could not get shipped until they allowed cargo to travel. Hany was the Czech national champion in dressage for 4 years in a row and won his class at the Haflinger show in Austria. For the past 2 years I have been learning to ride such a well trained horse, in fact he is teaching me how to ride. He is the most comical, personable horse I have ever known and the best investment I have ever made! Just absolutely love this breed and after being a horse vet for 22 years, I have met a lot of horses. Excited to meet all of you, we last visited Austria to xc ski in 1998.

We live and work on our large dairy farm in the Finger Lakes area of New York. Married for 44 years, I brought a quarter horse gelding into the marriage, later sold him, and lived horse free for 14 years. As our daughter reached riding age, we bought a Morgan pony which allowed me to keep smelling that good old horse leather while serving as show mom, 4-H leader, and USPC DC. Volunteering for anything horsey has always been a passion. Eventually, dad was convinced horses were ok, so he took up QH roping and carriage driving, while I remained ready to dial 911 (oh, the stories we could tell about carriage driving! Maybe after a few schnapps 😉 We’d never seen or heard of the Haflinger breed when we purchased our first Haflinger at the NYS Fair in 1994, so when a 4-month old stud colt walked right up and put his muzzle in my (then much smaller) stomach, I wrote a check on the spot. Nyx wasn’t registered, and he had none of the breed standard qualities of today, but he had that wonderful Haflinger disposition. We’ve been to Austria several times, have bought, bred, imported, showed, and sold Haflingers for many years and have hosted a multitude of Austrian students. We look forward to meeting everyone on this trip! Please visit our website at www.twinbirch.net to read more about us.